It speaks volumes to the quality of Tarantino’s filmography that Death Proof ranks as his worst film. Holding back Death Proof’s reputation is a lack of longevity. Among a career of memorable hits which have permeated the public consciousness years after their release, Death Proof is the sole film that slipped through the cracks. Death Proof is an entirely skillfully made, economic exploitation flick. It’s solidly entertaining, and there’s never a dull moment. Apart from an overabundance on exposition, it doesn’t have any glaring weaknesses either. Still, something has to be at the bottom, and the only thing keeping it from reaching higher on this list is its competition. The Hateful Eight is a perfect example of too much of a good thing. An ambitious project, The Hateful Eight seems like it was poised to be a huge milestone for Tarantino, both personally and professionally. Initially planned as a sequel to Django Unchained, Tarantino continued his trend of historical revisionism in The Hateful Eight. It still has that fast-paced mesh of creative dialogue that contributes to the “whodunit” tension. The cinematography is gorgeous – especially when coupled with the harsh winter landscape – the acting is stellar, and Ennio Morricone’s score is transcendent. But there’s the lingering, niggling sensation of “been there, done that.” Not as flashy as Kill Bill, as well-paced as Reservoir Dogs, or as cleverly written as Pulp Fiction, at an impressive 168 minutes (or 187, depending on the version), The Hateful Eight’s nihilistic sensibilities wear out its welcome by the intermission.

I considered grouping the two Kill Bill films together, since they were initially supposed to be a single release, and I don’t have a strong preference towards either one. But if Tarantino decided to split them up, then so will I. The second and final part to the Kill Bill story is slightly weaker if for no other reason than it lacking the emotional connection to the character of the first one. It has the immensely satisfying payoff, reaching fever pitch levels of catharsis watching the Bride finally get her revenge. But while the final 35 minutes make the entire saga more than worth it, there were certain moments in Vol. 1 that stood out more. Pretty much more of the same as Vol. 2, but the slow buildup and character establishment seemed much fresher in my mind. The introduction of the Bride’s story seemed much more satisfying than the conclusion (as glorious as it was). Also, this film has a truck called “Pussy Wagon.” ‘Nuff said. It’s unfortunate Django Unchained was released immediately after Inglourious Basterds. The revenge fantasy of a minority hero overcoming the bonds of prejudice in a glorified crescendo of gore and gutsy violence felt like it was already encroaching on familiar territory. However, it’s not fair to dismiss Django as a lesser Basterds. The strength of Django Unchained lies with its titular protagonist, and how the film builds his character up. Furthermore, Django Unchained makes a pretty compelling statement about racism in American history. While echoes of this statement were found in Inglourious Basterds, the World War II/Nazi Germany setting was too distant in the minds of the audience for it to be as potent. This film has pacing issues, and features Tarantino doing one of the worst Australian accents to ever disgrace the screen. But Django Unchained earns its spot this high up by embracing a classic, old-school Western aesthetic while simultaneously bringing the genre into the 21st century; its good, its bad, and its ugliness.

Jackie Brown is the only adaptation Tarantino has ever made, and it’s surprising how much it feels like a breath of fresh air. Unlike every other lengthy film of his, Tarantino knows when to reel himself in and let a moment speak for itself with Jackie Brown. He once again embraces exploitation, but also allows for genuine human drama. Perhaps it’s because this film doesn’t feel as Tarantino-esque, it isn’t as remembered as it should be. And it’s true, Jackie Brown just feels different. The crime thriller element of the story takes back seat to relationships between the titular flight attendant and the gun smuggler Ordell. With Jackie Brown, Tarantino proved he wasn’t a one-trick pony, and displayed a versatility in style he wasn’t previously known for. What can be said about Pulp Fiction that hasn’t already been said? Widely regarded as one of the best movies (or just things in general) of the 1990s, Pulp Fiction features every Tarantino-esque hallmark, and cements him into the upper echelon of directors with a distinct style. It’s a movie that has such a cemented legacy that even when watching it for the first time, it seems familiar. It’s a classic, plain and simple. It blends heartbreak with humor, crime with justice, and tragedy with brevity. But is it actually his best? Conventional wisdom says yes; it has received the most acclaim, and its scores of imitators give testament to its greatness. But while Pulp Fiction is great because of its significance, its storytelling isn’t as tight as some of his other films. It is astonishing that Reservoir Dogs is Tarantino’s first film. The non-linear story structure Tarantino is now famous for never feels disjointed or gimmicky, but serves to strengthen the story rather than undermine it. How did the robbery go wrong? Who shot Mr. Orange? At the time, this structure was revelatory and heightened the audience’s fascination with finding the answers to these questions. Reservoir Dogs features some of Tarantino’s most memorable and authentic dialogue, and introduced some of his filmography’s most iconic and memorable characters (several of whom, ironically enough, don’t have names at all). One thing is for certain: after watching the infamous ear scene, you’ll never be able to listen to Stealers Wheel the same way again. There are so many ways to appreciate Inglourious Basterds. Exploitative revenge fantasy? Check. Tight dialogue? Check. One of the most chilling, tense opening scenes ever? Check. Check. Eli Roth playing a character named “Bear Jew” who beats Nazis to death with a baseball bat? Check, check, and check. Inglourious Basterds’ attention to detail is so intense and jaw-dropping that even long sequences of characters speaking to one another in multiple languages are more exciting than some of his action sequences, and that’s saying something. With stellar performances across the board and dialogue so taut it puts other directors-turned-screenwriters to shame, Inglourious Basterds is Tarantino’s best movie. 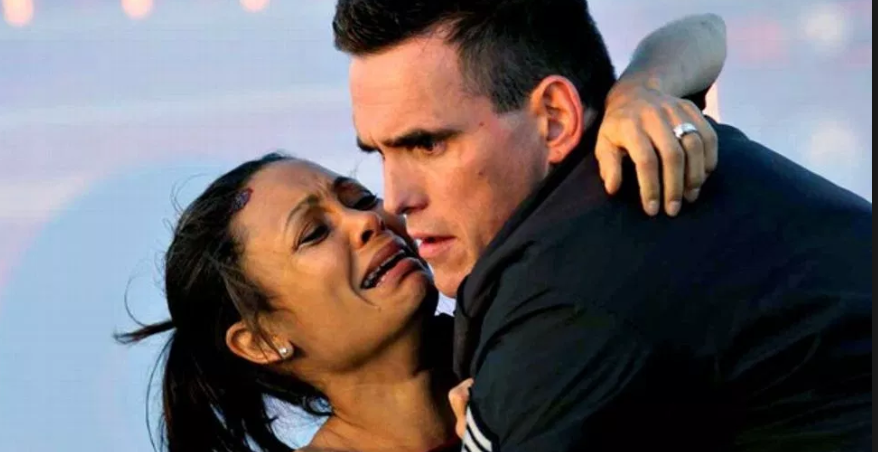 The Past 28 Oscar ‘Best Picture’ Winners From Worst To Best