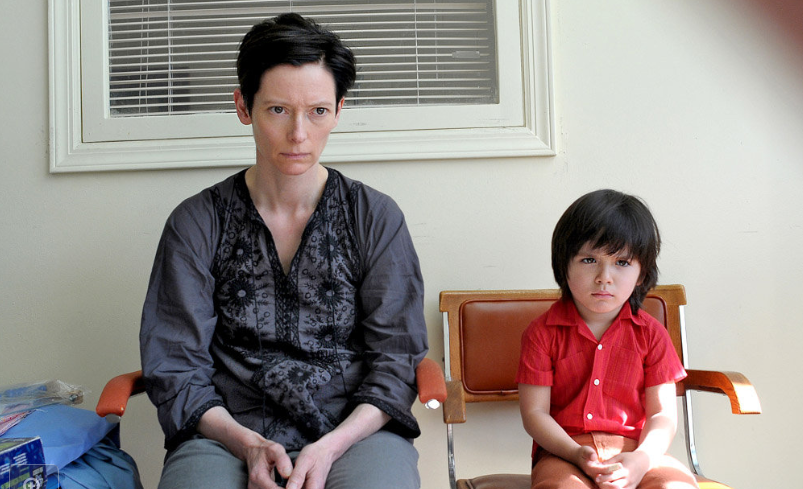 We find ourselves inside the mind of a woman whose psychopathic son has driven her over the edge. On the surface, We Need to Talk About Kevin is a bad seed story. It was drawn from Lionel Shriver’s bestseller about Eva Khatchadourian (incredible Tilda Swinton), a travel writer who believes she’s been trapped since giving birth to a monster. This is not entirely his fault. We gather she didn’t want to get pregnant in the first place, isn’t sure why she’s married, and is a mother who tries to mask hostility with superficial kindness.

Director Lynne Ramsay’s We Need to Talk About Kevin is a disturbing movie about the mother of a child who goes on a killing spree at his high school. Her photographer husband Franklin (John C Reilly), sees nothing wrong with Kevin (Ezra Miller). But Eva knows he’s wrong, that everyone is wrong. And the key to plumbing the depths of this unsettling, haunting film is that Ramsay puts us into Eva’s head and keeps us there.

Eva Khatchadourian is too complicated for pity. She projects a mixture of cold poise and extreme vulnerability. This makes her predicament especially awful. Eva once enjoyed a life of free-wheeling Bohemian bliss. We catch glimpses of her in ecstasy at religious festivals in India, and in picturesque European cities. However, she’s quickly brought down to earth by pregnant and motherhood.

With her husband Franklin, she abandons a downtown loft for a house in the suburbs. In the process, she sacrifices her wanderlust for responsibility. The mistake would be to take the film apart and try to reconnect the pieces in chronological order. Kevin is seen at three ages through the film. As a baby and toddler, he is merely irritating. Between the ages of 6 and 8 years old, he is a clever little monster who glares at Eva hurtfully, soils himself deliberately, and drives her into such a state a fury that she breaks his arm. In any other film, it would be child abuse. To Kevin, its a victory. He possesses — from infancy — an active and demonic hostility toward his mother. He messes up her most precious possessions and quietly sows seeds of discord between Eva and Franklin.

As a teenager, Kevin (now Ezra Miller) has started to cruelly resemble his mother in profile and style. He is loving and affectionate towards his father, and has a way of making it clear that its a deliberate charade designed only to hurt Eva. Franklin lives in a state of demented denial — deceiving himself that his family are living acceptable lives. He’s cheerful and positive; he always behaves as nicely as he can. In doing so, he suggests profound naivete. Only the daughter, Celia (Ashley Gerasimovich), seems halfway normal.

The film shuttles back and forth between Eva’s life in the aftermath of Kevin’s crime. Her disgraced loneliness is furthered by being shunned/abused by people she had never wanted to live among in the first place. Ms. Ramsay, with ruthless ingenuity, creates a deep dread and more acute feeling of anticipation throughout the film. She routinely shocks the audience with the extent of our ignorance.

Ramsay shows a mastery of mood and atmosphere, and the ability to make narrative film feel like an intoxicating and abstract fusion of painting and music. An early scene shows Eva participating in an Italian tomato festival. She is utterly blissful. Eva apparently thought her early life was on the right track. She tells her screaming baby boy she would frankly rather be back in Paris than changing his diaper. He can’t understand her, but don’t you think he can feel her dislike? In an ordinary film, there would be scenes in meetings with counselors — as well as heart-to-heart discussions with various concerning teachers. Not here. They never talk about Kevin. Ramsay regularly cuts to a scene where Eva is driving her car past flashing police lights toward the scene of some tragedy.

Maybe everything else is intended to be a flashback, and the timeline begins when she finds out what Kevin did at his high school. She often looks in a state of shock. Her body can’t absorb more punishment. She is the wrong person in the wrong life with the wrong child. As a portrait of a deteriorating state of mind, We Need to Talk About Kevin is a masterful film. With help from Seamus McGarvey’s fever-flushed cinematography and Johnny Greenwood’s heartsick, throbbing score, the film saturates the senses like illness or bad weather. It is beautiful and demonic, like Kevin himself.

The acting doesn’t get much better than the subtly brilliant display put on Tilda Swinton. Is Eva seeing the worst of herself in her child and skewing reality for both of them? That’s the mystery at the the core of Ramsay’s mesmerizing film. You may need to talk about it afterward, but then again, you may be left speechless. 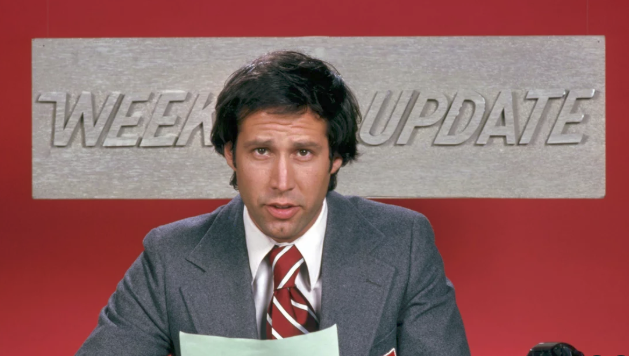