Dramatic film has long been fascinated with issues of identity. Rarely has the genre been explored with such a degree of elegance and beauty as in Barry Jenkins’ masterpiece of a film, Moonlight. Themes of homosexuality, poverty, and the plight of being African-American would be an accurate enough depiction. It would also not be wrong to call it a film about drug abuse, school violence, and mass incarceration. But all of these classifications are misleading and downright inadequate when describing the mood and spirit of this breathtaking movie. It would be truer to describe the film as one teaching a child to swim — or cooking a meal for an old friend. There’s also the feeling of sand between your toes, and the sound of the waves reverberating on a darkened Florida beach.

It’s a rare piece of filmmaking staying completely focused on its complex characters. At the same time, it also deals with universal themes about sexuality, family, and masculinity. It’s a movie in which deep, personal subjects are reflected through the very souls of the characters first and foremost. Jenkins’ film is confident in every shot choice, every piece of music, every lived-in setting. It’s one of those rare movies that just doesn’t seem to take a false step.

The film stanzas consist of three chapters in the life of Chiron — played as the young wide-eyed boy by Alex Hibbert, as a brooding adolescent by Ashton Sanders, and as a grown man by Trevante Rhodes. The protagonist of Moonlight reflects the conflicted and fluid masculinity of young African-American men in the U.S. The nature and meaning of manhood is one of Jenkins’ main concerns.  How tough are you supposed to be? How brave? How cruel? Chiron is a boy (and then a man) who is just trying to figure out his place in the world. The film starts with him as a boy, referred to by his bullies as “Little.” Chiron is smaller than most and vulnerably different in other ways as well. His effort to understand this difference — to work out the connection between the schoolyard homophobia of his peers and his own desires –becomes the main turmoil of his life.

We first meet this youngster running, trying to hide in a boarded up apartment from the kids who want to beat him up. Little is then found here by Juan (Mahershala Ali), a local drug dealer who takes pity on the young boy. He takes the kid out to eat, and even brings him back to his place. Little then meets his partner, Teresa (Janelle Monae). The tidy, airy house where Juan and Teresa live becomes an oasis of domestic stability, a place with hot meals, clean sheets, and easy conversation. Little could use this makeshift family. His dad is not his life, and his mother Paula (incredible Naomie Harris) happens to be one of Juan’s clients. She slides from casual crack smoking into desperate addiction. Juan soon becomes a sort of father figure for Little. He sees something good in Chiron, and wants to help him even as he provides the product that’s ruining his home. But there is more to both Moonlight and Juan than this brutal double bind might suggest.

Juan evokes the cliches of African-American masculinity in order to shatter them. Moonlight dwells on the beauty, dignity, and terrible vulnerability of black lives. To insist that stories about poor, oppressed, or otherwise marginal groups of people are really about “everyone” can be a way of denying their specificity and uniqueness. Mr. Jenkins is far too brilliant of a director to turn his characters into symbols. He does not generalize. He empathizes. The film then jumps to Chiron as a teenager — dealing more intense bullying and questions about his sexuality. These are the years in which everyone claims to be sleeping around. A young man like Chiron (now Sanders) struggles to find himself — especially now that his home life is non-existent. He only has one comforting kind friend named Kevin (Jharrel Jerome). But even that is turned in time when young men believe that violence is the answer to what will make them feel better or allow them to fit in.

Finally we meet Chiron as an adult (now Rhodes). Kevin (now played by Andre Holland) reaches out to a very different Chiron, and the film’s themes collide in a surprisingly emotional and resonant way  (without the heavy handed melodrama). Their relationship evolves through a dance of camaraderie and betrayal that is better witnessed than described. A significant death happens between the two chapters of the film, and is mentioned only in passing. Prison sentences are dealt with similarly. Crime, violence, and incarceration are just facts of life.

The performances that make up Chiron from Hibbert/Sanders/Rhodes are perfectly calibrated by Jenkins, who directs them to express growth and to not feel like imitations of each other. We can see the sad eyes of the boy Chiron reflected in Chiron as a man. Based on the play “In Moonlight Black Boys Look Blue” by Tarell Alvin McCraney, I am not sure I have ever seen a screen adaptation of a stage play that has been so true to the spirit of its source and so completely cinematic at the same time. But all this beauty — the sensuality of the camera movements, the slowness of the scenes, the lovely silence that descends over the final act — is more than just a style or virtuosity.

Moonlight is at times an almost unbearably personal film and an urgent social document. It’s also a hard look at American reality — and a beautiful poem written in music, light, and vivid human connections. 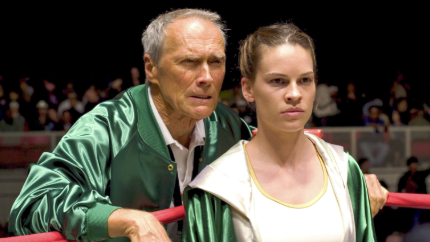