Clint Eastwood’s Million Dollar Baby is a masterpiece through and through. It is pure, simple, deep and true. It’s not the grandest of stories or the most original. However, it is a quietly scaled three-person drama directed in a patient, easygoing style. It doesn’t offer the displays of allusive cleverness or gimmickry that so often masquerades as important filmmaking nowadays. It tells the story of an aging fight trainer, and a hillbilly girl who thinks she can be a boxer. It is narrated by a former boxer who is the trainer’s best friend. At first glance, the story seems as fresh as a well-worn gym shoe. However, Million Dollar Baby is an open-hearted mixture of sentiment and grit. It’s further woven with the deepest secrets of life and death. This was the best film of 2004. In the process, it also became one of the best films of all time.

Mr. Eastwood (who also composed the film’s gentle score) plays Frankie Dunn — the owner of a beat-up gym tucked away in a shabby corner of Los Angeles. Morgan Freeman is the best friend and former fighter Eddie “Scrap” Dupris (a man Frankie managed long ago).  He lives in a room at the gym, and is Frankie’s partner in conversations that have coiled down through the decades. Both men carry some heavy regret and frustration. Frankie has lost a daughter, and Scrap has lost an eye. However, they bear the weight gracefully and with good humor. Scrap spars with the young would-be tough guys in the gym. Frankie reads Yeats, studies Gaelic, and goes to Mass every day — mainly to avoid the young priest with inane theological challenges.

The banter between Scrap and Frankie is one of the chief pleasures of the film. For long, satisfying moments, Mr. Eastwood pushes aside the demands for storytelling to savor the comforts of longtime friendships.  Hilary Swank plays Maggie — a Missouri native who’s been working as a waitress since she was 13. Maggie sees boxing as the one way she can escape her current profession before being stuck in it the rest of her life.  Otherwise, she says, “I might as well go back home and buy a used trailer and get a deep fryer and some Oreos.” Frankie initially refuses to train a “girly”. With Maggie already 30 years of age, she’s too old to have much chance for glory in any case. With that said, her combination of eagerness and discipline (combined with Scrap’s convincing) wear down Frankie’s resistance. The two soon embark on a classic underdog’s journey toward triumph.

Frankie, a gifted professional whose timidity has kept him away from the big time, receives a second chance in the unlikely person of Maggie. The three characters are seen with a clarity and truth that is rare in the movies. Even as the film approaches deep emotion, Eastwood doesn’t go for easy sentiment. He regards these characters, with level-heads, having to do what they have to do to survive. Swank is astonishing as Maggie and would go on to win the Oscar for Best Actress. Every note she plays is true. She reduces Maggie to a fierce intensity. Consider the scene where she and Scrap sit at a lunch counter, and Scrap tells how he lost sight in one eye. The audience learns that Frankie blames himself for not throwing in the towel. It is an important scene for Freeman yes, but I want you to observe how Swank has Maggie do absolutely nothing but listen. No little nods, no reactions, no body language except perfect stillness and deep unwavering attention.

Their performance is quite beautiful. There’s another scene in the evening when Frankie and Maggie are driving in a car together after visiting her family. The visit does not go well with Maggie’s mother (Margo Martindale). She could be perfectly classified as being an ignorant and selfish monster. “I got nobody but you, Frankie,” Maggie says. This is true, but do not make the mistake of thinking there is romance between them. The question of sex never arises between Frankie and Maggie. While there is abundant love in Million Dollar Baby, it is entirely paternal, filial, and brotherly. It is different and deeper than any romance. She tells Frankie a story involving her father, whom she loved, and an old dog she loved, too. The way the cinematographer (Tom Stern) uses the light in this scene is beyond incredible. Instead of using the usual dashboard lights in the car, watch how he slides in and out of shadow. Sometimes, the audience can’t seem them at all, only hear them. The rhythm of this matches the tone and pacing of the words — as if the visuals are caressing the conversation that is being spoken.

It a dark picture overall. There are a lot of shadows, many night scenes, and characters who seem to recede into their fates. It is a “boxing movie” in the sense that it follows Maggie’s progressing boxing career. She wins from the very beginning, but that’s not the point; the film is about a woman determined to make a name for herself, and a man who will do anything for this woman. I will be quite abstract when reviewing the ending of the film, as it is the only way to avoid giving away the devastating surprises that give Million Dollar Baby its overwhelming power.

As a director, Mr. Eastwood’s innate toughness has mellowed into sincere grace. As an actor, his limitations have become a source of strength. When Frankie sheds tears late in the film, the moment brings a special empathy. It’s not only because we are unaccustomed to seeing Mr. Eastwood cry, but also because we might have doubted that he had it in him. The film rarely shifts its gaze from the three main characters, who glow with fierce individuality. Movies are so often made of effects and sensation these days. This one is about three people and how their actions grow out from who they are and why. So many directors lose focus as they grow older. 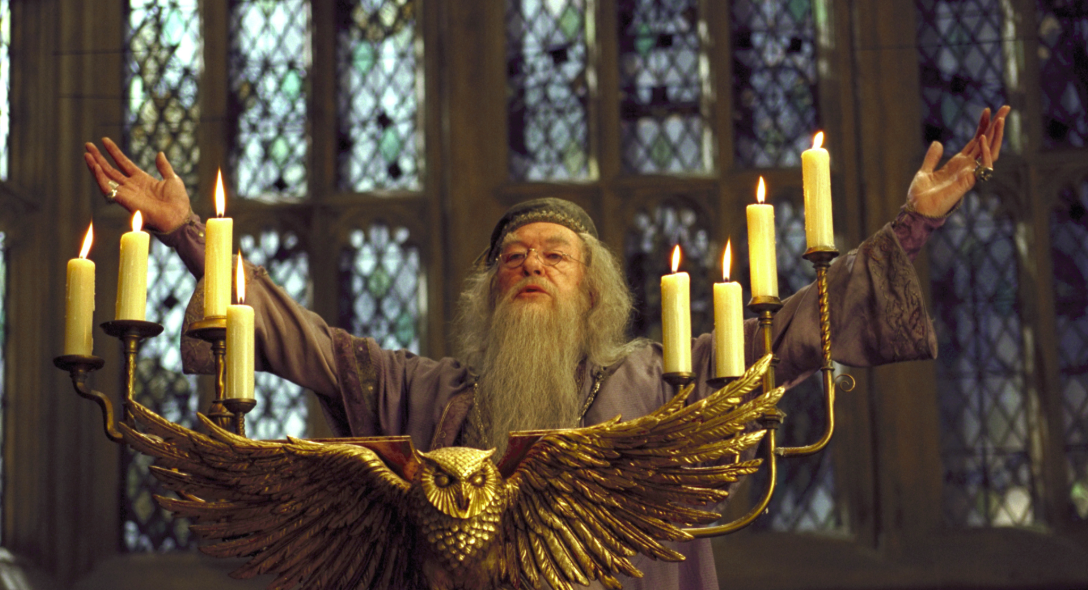 RANKED: The Top 30 Characters From The Harry Potter Series