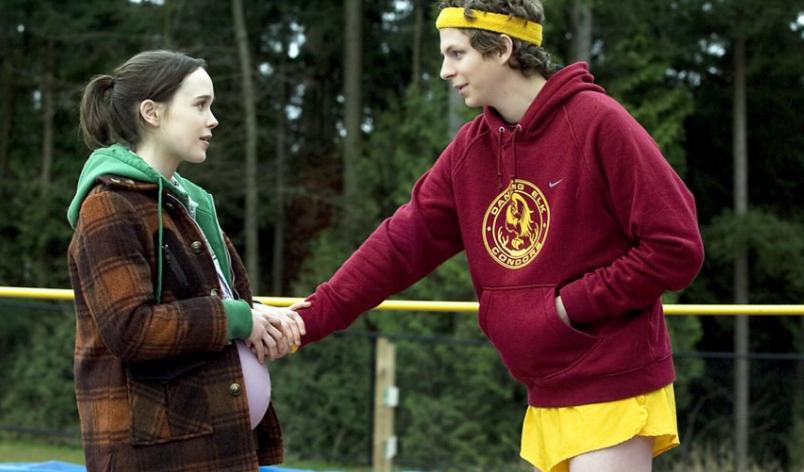 Juno MacGuff — the title character of Jason Reitman’s 2007 film — is 16 and pregnant. However,  Juno could not be further from the kind of moralizing melodrama that such a condition should suggest. Juno, played by the incredibly talented Ellen Page, is too odd and too smart to be either a case study nor the object of disapproval. It begins with the pacing of a screwball comedy, and ends as a portrait of characters we grow to love. If most actors agree that comedy is harder than drama, then harder still is comedy depending on utter self confidence, a quick mind, and an ability to stop just short of going too far. Page’s intelligence and pacing is perfection. During Juno’s hip bravado and dialogue, we begin to understand the young woman inside. It makes the audience want to hug her.

Here’s the thing about Juno: She says a whole lot, but doesn’t always convey what she means. Tiny of frame and huge of belly, Juno utters wisecracks as if they were breathing exercises. As the film begins, she decides it is time for her to experience sex. As such, she enlists her best friend Paulie (Michael Cera) to carry out the act. She ultimately ends up getting pregnant. After an eye-opening trip to an abortion clinic, Juno decides to have the child. At first her sarcasm is bracing and a bit jarring. “Hello, I’d like to procure a hasty abortion,” she says when she calls a women’s health clinic. Juno follows the title’s character through the entire pregnancy process. After a while, it takes on a surprising delicacy and emotional depth. Believing she is too young to raise the child herself, her best friend Leah (Olivia Thirlby) suggests looking at the ads for adoptive parents in the Penny Saver. “They have ‘Desperately Seeking Spawn’ right next to the pet ads.” Juno informs her parents of her pregnancy in a scene that decisively establishes the complete originality of this film.

At first, the grown-ups seem like squared and clueless caricatures of adolescent-centered cinema. However, Juno’s father (J.K. Simmons) and stepmother (Allison Janney) turn out to be loving, complicated, intelligent people (and not just because they are played by two of the best character actors around). Bren and Mac are older and wiser than most teen parents are ever allowed to be. They’re also warmer with better instincts and a quicker sense of humor.

Informed that the sheepish Paulie is the father, Mac turns to his wife and shares an aside that brings the house down. Later Bren tells him, “You know of course, it wasn’t his idea.” Ms. Cody’s script and Mr. Reitman’s understated, observant direction allow the personalities of the characters to emerge slowly. The characters also change in credible and unpredictable ways. Mac goes with Juno to meet the would-be adoptive parents Vanessa and Mark Loring (Jennifer Garner and Jason Bateman). They live in the perfect suburb in their perfect home. Vanessa is consumed with her desire for a child, and Mark is still a child himself — tending the guttering flame of his youthful hipness, watching cult movies and trading alternative-rock mix CD’s with Juno. What he does now, at around 40, is write jingles for commercials.

The audiences initial impression of Vanessa and Mark have them being stereotypical smug yuppies trapped in rickety conventions of domesticity. The screenplay is a subtle masterpiece of construction. Buried themes slowly emerge, hidden feelings become clear, and we are led — but not too far — into wondering if Mark and Juno might possibly develop unwise feelings for one another. There are moments of instinctive comedy. Examples include Bren’s response to a nurse’s attitude during Juno’s sonar scan — and her theory about doctors when Juno wants a painkiller during childbirth. Cera is a master at being low key. With that said, his character exhibits real hurt when Juno casually rejects him. There’s also the breathtaking scene when Vanessa and Juno run into each other at the mall. At that point, the future of everyone is essentially decided. Jennifer Garner is superb in that scene. The naïveté that peeks through Juno’s flippant, wised-up façade is essential. An overarching point within the film speaks to Juno not being quite as smart or as capable as she thinks she is.

The film’s surprises involve not merely the plot, but also insights into the characters. Feelings are coiled along just beneath the surface so that they seem inevitable when they’re revealed. Juno shares an underlying message that is not anti-abortion, but rather pro-adulthood. It follows its heroine — and by the end she has earned that title — on a twisty path toward responsibility and greater self-understanding.

The film has no wrong scenes and flows like running water. Juno respects the idiosyncrasies of its characters rather than exaggerating them, or holding them up for ridicule. And like Juno herself, the film outgrows its own mannerisms and defenses — instead evolving into a heartfelt, serious comedy. 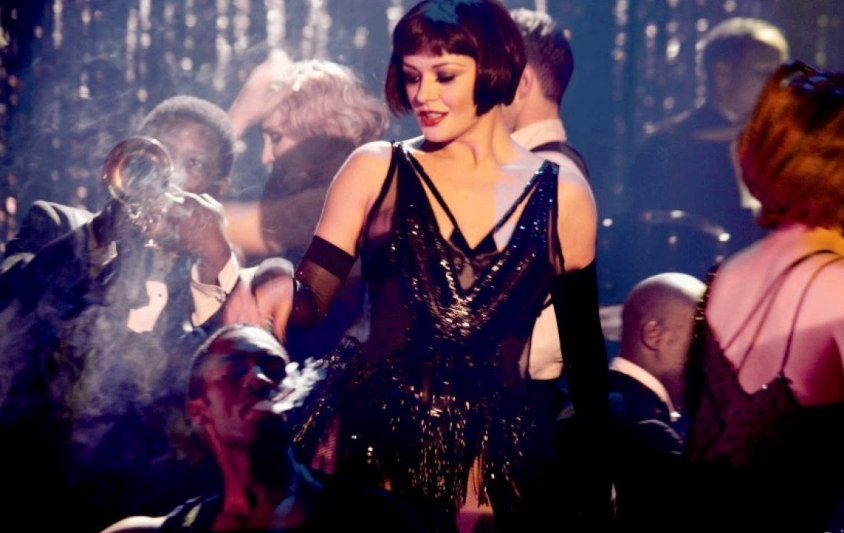