Chicago, directed by the incredible Rob Marshall (Nine, Into the Woods) — is a dazzling song and dance extravaganza! This cinematic adaptation of the Broadway musical delivers the sexy razzle-dazzle that everyone, especially musical fans, had been hoping for. Chicago continues the reinvention of the musical started with Moulin Rouge. Although modern audiences don’t like to see stories interrupted by songs, apparently they like songs interrupted by stories. Chicago was originally staged by Bob Fosse. It featured with music and lyrics from John Kander and Fred Ebb. It became a Broadway hit upon its initial 1975 production. With just enough words to support the music, it allows everyone to catch their breath between songs. Chicago is a screen triumph that should ride critical kudos for years to come.

The film is set in Prohibition-era Chicago at a time when the daily newspapers roared with the kinds of headlines the movie loves. Killers were either romanticized or vilified. Cops, lawyers, and reporters lived in each other’s pockets, and news headlines read like pulp fiction. Chicago stars the sweet-faced Renee Zellweger as Roxie Hart. When we meet Roxie, she is married to the credulous lunkhead Amos Hart (John C. Reilly). Having married early and unwisely, Roxie is bored of being merely a mechanic’s wife. She has a lover named Fred Casely (Dominic West), who sweet talks her promise of stardom. When she finds out he’s actually married and lying about his connections, she guns him down and gets a one way ticket to Death Row. Compared to the stage adaptation, Mr. Marshall makes Roxie more of a victim initially, tumbling from a happy romp into the lurid terror of violation. His adaptation plays on the audience’s affection for Ms. Zellweger’s scrappy doll-with-a-heart image before exposing the knowing smirk and insane ambition looming beneath Roxie’s dimples. As the press coverage of Roxie’s case grows, her own sense of self inflates. She gets hooked on cheap, easy fame. Her rival for the ever-shifting attention is equally homicidal show girl, the fabulous Velma Kelly (Catherine Zeta-Jones).

Velma is a jazz baby stage performer. She broke up her vaudeville sister’s act by murdering her husband and sister while they were engaged in a sport not licensed for in-laws. Richard Gere is Billy Flynn, their slick, high profile and high priced attorney. Gere’s character boasts he can beat any rap for a $5000 fee. “If Jesus Christ had lived in Chicago,” he explains, “and if he’d had $5000, and had come to me…things would have turned out differently.” The themes of media exploitation and the public’s embracing of glamorous criminals is, unfortunately, still all too relevant. Turning Roxie’s murder trial into a brash campaign for fame and allure, Chicago broadcasts the crass, manipulative motives of everyone involved. The sinewy, exposed skin of the dancers provides a jaw-plummeting contrast to the cold callousness of the characters. The decision to use non-singers and non-dancers is always controversial in musicals — especially in these days when big stars are necessary to headline studios productions.

For Zellweger and Gere, it can be said that they are convincing in their musical roles and well cast in their characters. But for Zeta-Jones, who was a professional dancer in London before she decided to take her chances with acting, her performance as Velma Kelly is a reminder of the golden days of movies. The film opens up with her “All that Jazz” number — which is one of the most spectacular performances of the movie. It cranks up the temperature by adding more skin. It also generates excitement with bullet-timed editing and brassy, hip shaking musical numbers. Queen Latifah plays the role of Mama, the prison matron. She belts out “When You’re Good to Mama” with the superb assurance of a performer who knows what good is and what Mama likes. Instead of interrupting the drama with songs, Marshall and screenwriter Bill Condon stage the songs more or less within Roxie’s imagination. Everything is a little more elaborate than life, and even lawyers can tap dance.

The concept is quite effective, making the material palatable even to those easily turned off by standard musicals. Helping matters is the brilliantly jazzy and brassy musical score. This features one extraordinary number after another. The lead performers, who had clearly worked very hard, handle both their dramatic and musical chores with self assurance and poise. Reilly brings a kind of pathetic sincere naïveté to Amos. His “Mr. Cellophane” number is one of the film’s highlights. Zellweger is not a born singer, but then again Roxie isn’t supposed to be a star. What Zellweger invaluably contributes to the role is Roxie’s dreamy infatuation with herself. Velma is the singing and dancing star, and Zeta-Jones delivers with delicious confidence and glamour that would go on to win her the Oscar for Best Supporting Actress.

Gere is a first-rate Billy Flynn with his still dashing good looks and charisma (not to mention his ability to convey a slick quality with such ease). Broadway alum Christine Baranksi is a delight as a rapacious reporter, and Lucy Liu has an entertaining cameo as yet another female murderer. Marshall, a veteran stage director/choreographer does a superb job here. He beautifully contrasts the gritty storyline with the hard-edged musical numbers. The screen pulses with musical energy. His choreography and direction pays suitable homage to Fosse while still managing to be highly effective on its own terms. 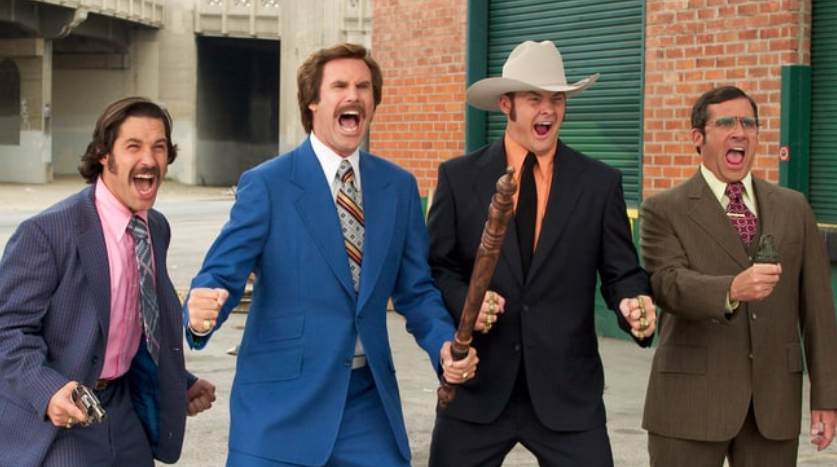